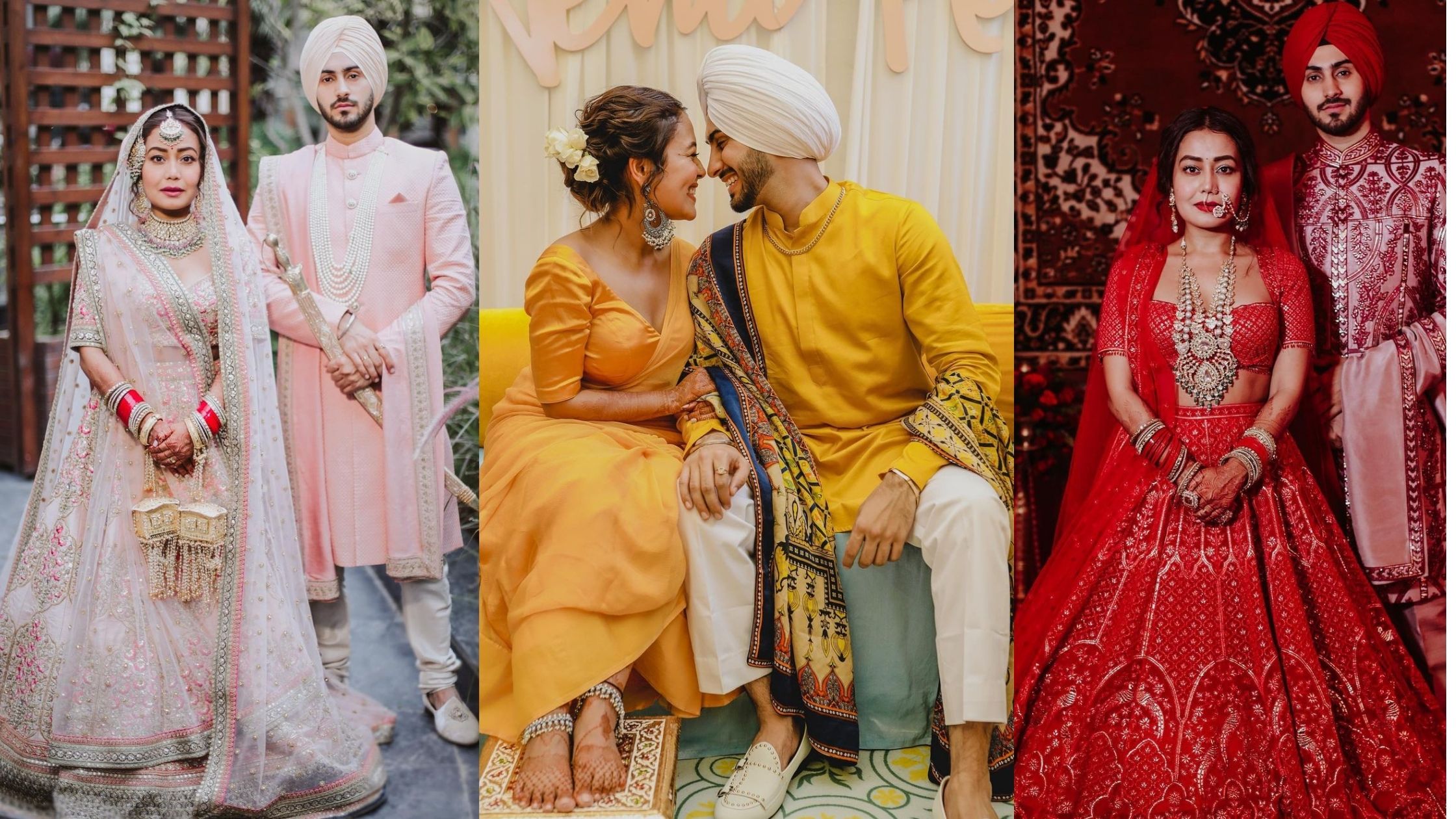 The famous Bollywood singer Neha Kakkar took the internet by storm when she announced her wedding a few days before the release of her latest song #NehuDaVyah featuring song-writer RohanPreet Singh. Their love story is as cute as them. So, here’s Neha Kakkar & Rohanpreet Singh’s love story that will surely make you go awww!

“We literally met for the first time on the set of the song we did together – Nehu Da Vyah and I didn’t even realize what she wrote for that song would come true one day. It literally changed my life for the best.”- says Rohanpreet Singh. 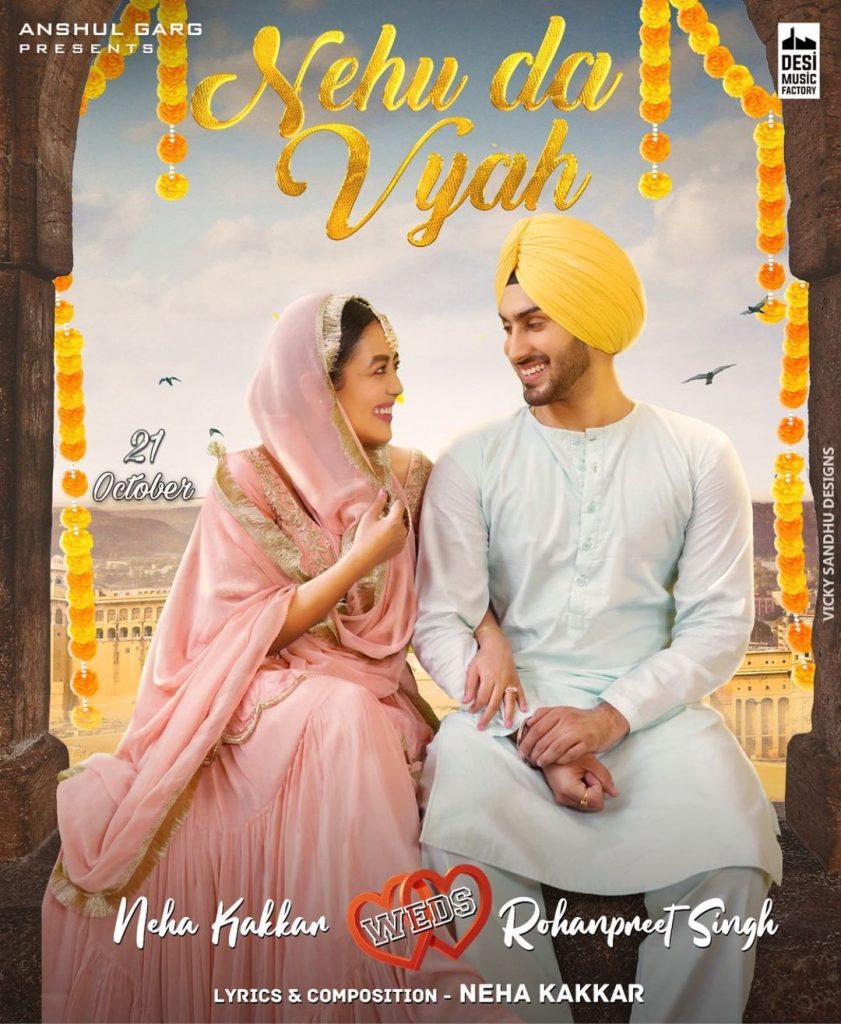 This Is It Moment:

“My first impression of him was that he was so good to each and every person on the set. And undeniably, he was the cutest boy I had ever come across. The attraction was strong. I think it was really in those initial moments itself that I knew he is the one for me.”- says Neha Kakkar

For me, it was absolutely love at first sight. She’s one of the most down to earth people I’ve met. One fine day, I mustered the courage to propose to her and she said yes! Shukar hai mere Rabba. Really, thank you, god. – says Rohanpreet Singh 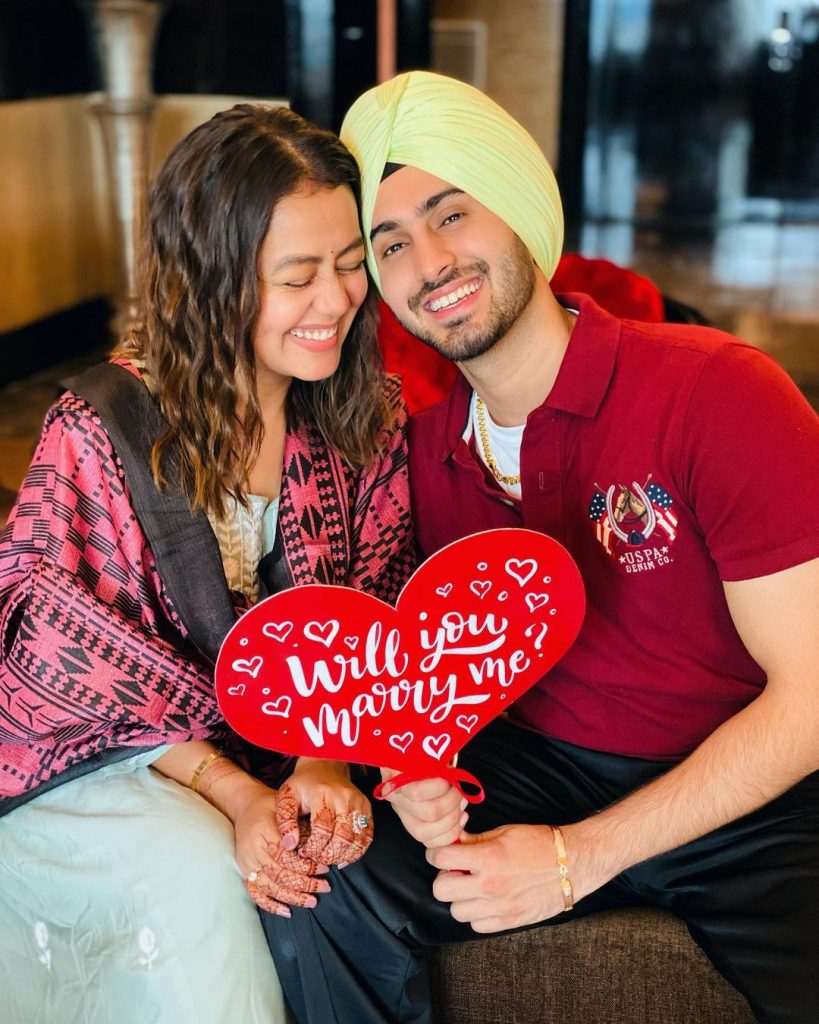 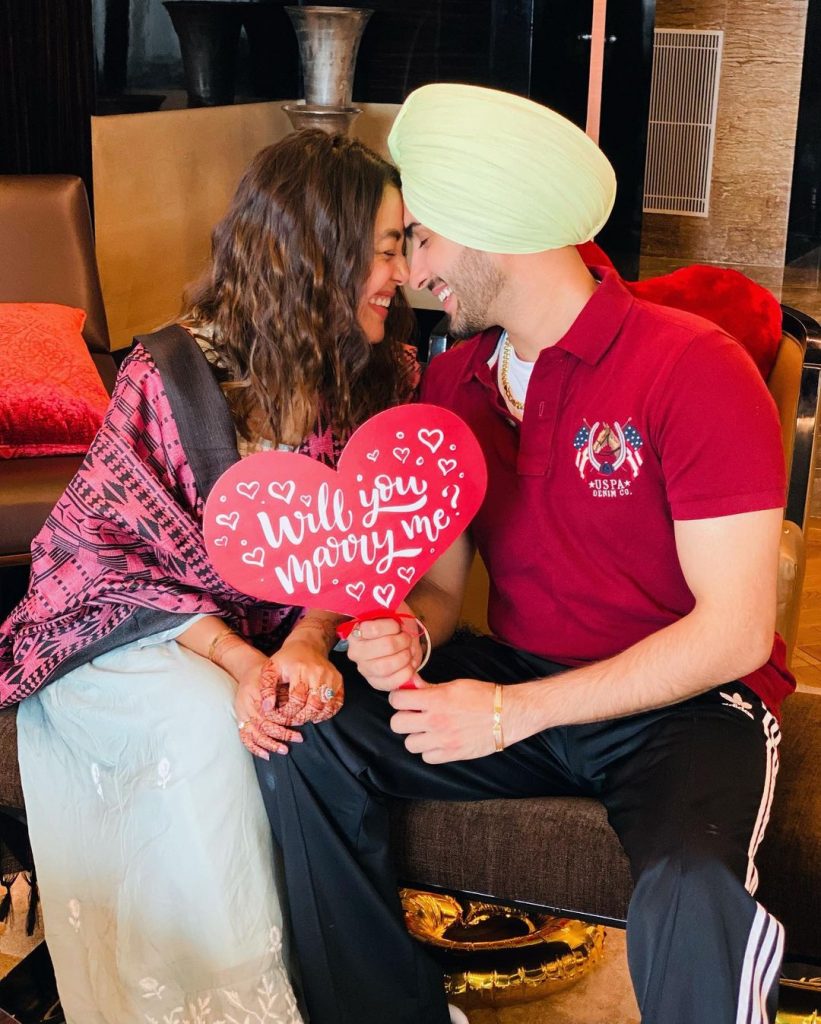 Their Roka ceremony video increased the excitement level and we wanted to see these cuties in their wedding avatar. The couple had grand wedding festivities in JW Marriot Aerocity, New Delhi. The duo took vows on 24th October 2020 by first having an intimate Anand Karaj ceremonies followed by a Hindu wedding. Scroll down to get a peek into #NehuPreet grand wedding.