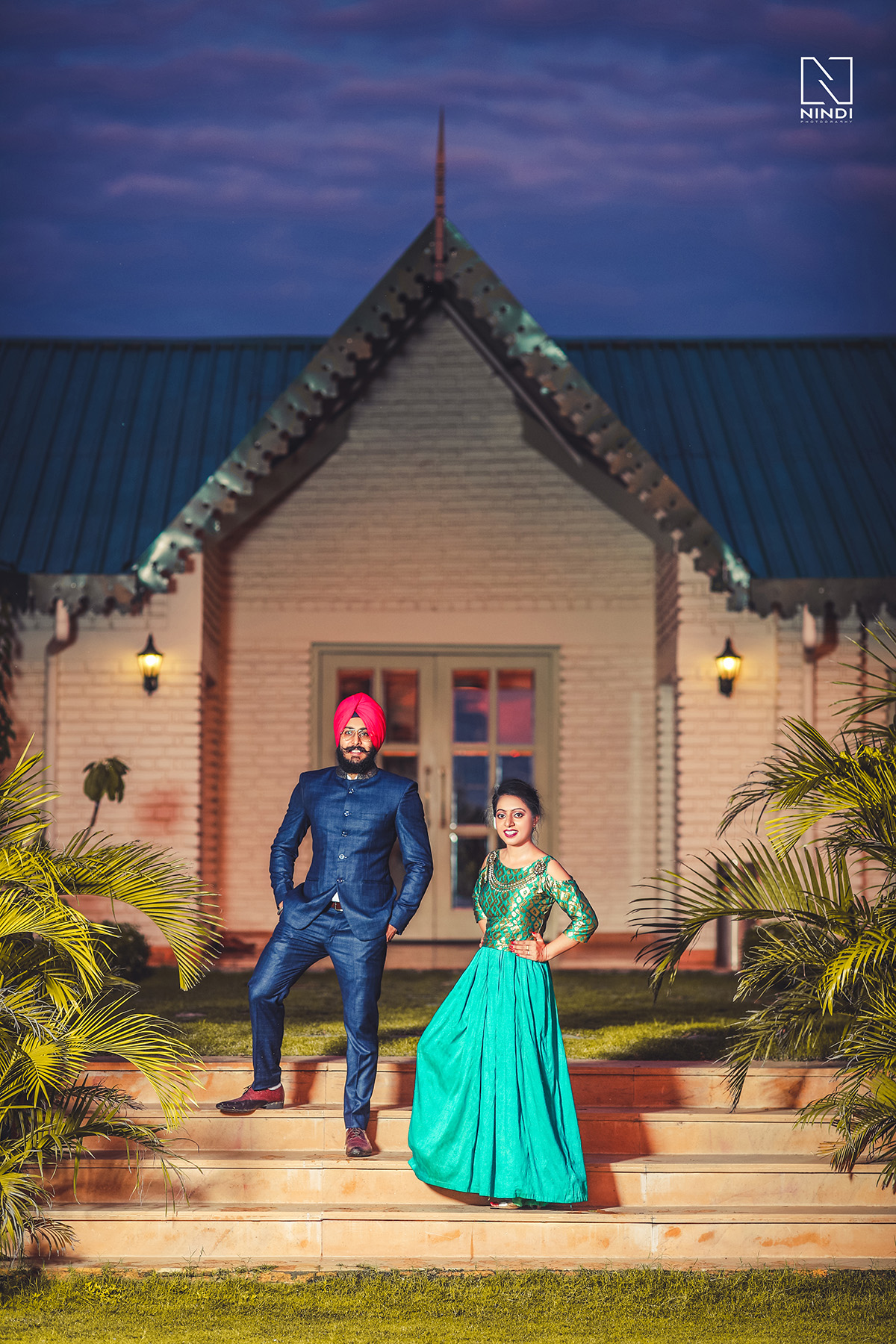 The story began 13 years  ago, in a gurudwara where both of them attended classes together and it was not  love at first sight. Navneet  found Gurpunit a bit rude, but eventually over time they fell for each other.Navneet  says  they were destined  to be together and here they are 13 years later as  husband and wife.

Finding the right song that expressed our feelings  was the most difficult of all .Searching for some songs this song suddenly popped up in my playlist and within a second finalized. The only thing I wanted on my shoot was to make the clothes by myself so after going to places for the sourcing contacting with our photographer sending him pictures getting his approvals we somehow managed to get all our things ready on time.

The weather that day turned out to be bad and it was raining heavily .Somehow we managed to use that part in our video as well that added as an element in our shoot and after the rain stopped the moisture in that weather was the only thing that somewhere disappointed us but seeing the results of the shoot and video we were satisfied with that also.

I’m a water baby and love  being in water so I was super duper excited for  an underwater shoot . Though it was not that great but we managed to get those one or two clicks right, that was the toughest part of our shoot.

What’s your favorite picture/ Moment from the shoot?

My favourite moment from the video was when he put ring in my finger.

This is my favourite picture he looks like a king sitting on the horse like a king and I standing proudly next to him. 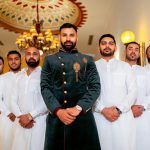 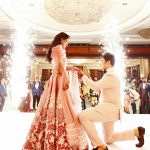 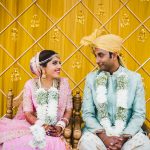 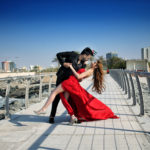 Wish N Wed : This destination wedding in Ajman, UAE was a perfect blend of Punjabi Vibes and opulence of Emirates.