When it comes to the link-ups between two different professions, definitely Bollywood and cricket have a strong bond to share. There have been number of affairs between the celebrities from both the fields but only a few have managed to take their relationship to the next level.

Cricketers are not just appreciated for showing their talent on the pitch, but a few of them are also seen as the iconic models for their style that they make off-the-field. Needless to say, in our cricket-crazy nation, they are no less than any of the trendsetter for all their fans. And it is not just these “men in blue” only, who find glamour in the Indian Cricket World!

There is undeniably something extra about our cricketers that our actresses find them most attractive, and we can’t even judge the point what exactly it is.

Love stories between the cricket and Bollywood continue to fascinate us – right from the time of late 1960’s to now.

Ideal from that note, how about we some of the acclaimed romantic tales in which the cricketers got neatly played by the alluring magnificence of Bollywood Divas:

The great Nawab of Pataudi married Sharmila Tagore in 1968 and their marriage is a live example of most long-running and successful marriages in the industry.

It was not just the fact that “When Bollywood meets Cricket”, it was also a union of two religions – Hindu (Sharmila) and Muslim (Mansoor). There was a huge opposition from their families. Also there were big issues that this marriage won’t last longer but instead they proved everyone wrong. Sharmila after her marriage changed her religion as well as her name to “Ayesha Sultana”.

Then after in 1996, Mohammad Azharuddin got bowled by the glamorous beauty of actress Sangeeta Bijlani. Their marriage gained so much of media attention. But by mutual understanding, they both parted their ways with each other after 14 years of marriage.

Dating each other for about 8 years, the Bollywood charm Geeta Basra got hitched by the best bowler of Indian cricket team. This was one love story that no one expected to happen. But after years of ‘will they, won’t they?’, Harbhajan and Geeta finally got married in 2015. On July 27,2016, Geeta and Harbhajan welcomed their adorable little princess and named her Hinaya Heer Plaha.

It totally looks like Yuvraj and Bollywood is certainly a match made in Heaven! After being linked up with various Bollywood divas, it was rumoured that the cricketer was dating another Hollywood actress, Hazel Keech. They both got married in 2016 in Chandigarh.

The rumors of this couple started doing rounds when they made an entry together in Yuvraj and Hazel’s wedding. Right after the time, Sagrika and Zaheer were spotted, there were rumors of them dating, which both of then neither denied nor accepted. After hiding their relationship for some time, finally they announced their engagement. Their wedding was lavish ceremonies based wedding which took place on 23rd November 2017.

This couple met first time in 2013 while shooting an ad together. From thereon, their romantic journey began, they faced various ups and downs, before they got hitched.

After a while, there were rumors that Virushka was splitting, but eventually everything died down when they both came together, as a couple on various events and occasions. Finally the couple tied the klnot in a private destination wedding held in Italy on 11th December 2017.

This phenomenon of Celebrity-Cricketer wedding isn’t prominent only in India alone. But this trend has been prevailing in other countries as well. Former Pakistani cricketer Mohsin Khan married Indian actress Reena Roy, but the two got separated later. Swashbuckling English batsman Kevin Pietersen got hitched to former Liberty X singer Jessica Taylor, and former South African skipper Graeme Smith was married to Irish pop singer Morgan Deane for five years and seven months before getting divorced.

As there’s a saying, love has no boundaries and these beautiful Bollywood-met-cricket love stories prove exactly the same. In case, we have missed out any other married couple, do comment us below. 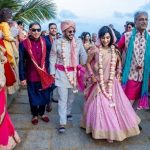 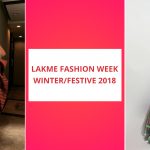 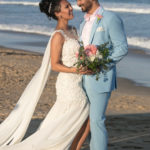 Wish N Wed : Keith and Rochelle finally got married in a low-key affair – A Match made in Heaven