A pre-wedding shoot is a customary part of Indian Wedding Celebration in concurrent times.  Once upon a time the concept of the pre-wedding shoot was an alien concept but not anymore.  Akin to wedding preparations a lot of thought and preparation go behind those beautiful pictures. Picking up the best of the best attires, conceptualizing the pictures, foraging best locations, hiring the best photographers is what millennial couples constantly look out for before the shoot.

Shimla, the tinsel town know for its beautiful landscapes, British Architecture and natural beauty is one of the most popular Hill Stations in India. Owing to its scenic beauty it’s been part of many Bollywood and Ad Films and now it’s being loved by couples for the pre-wedding shoot and destination weddings. There are a number of pre-wedding shoot locations in Shimla and some near to Shimla that you can plan your holiday and a pre-wedding shoot.

Built-in Neo-Gothic architecture structure the Christ Church at the Ridge Shimla is the most prominent landmark of Shimla. It has been part of popular movies like 3 Idiots, Black and many more. Quite a lot of tourists and locals can be seen thronging around the church during the day and it’s best to shoot for pre-wedding during the wee hours of the morning. It’s when you get the Church all to yourself and the morning sun makes it a sight to behold.  If planning for a pre-wedding shoot in winters in Shimla you can experience a winter wonderland with snow around and pictures undoubtedly the best you could get. It’s not just the church but The Ridge whole also acts a picturesque spot to shoot, make sure to shoot during early morning hours.

Another beautiful background for a pre-wedding shoot in Shimla is the Viceregal Lodge known as Institute of Advanced Studies. Viceregal Lodge is located at a distance 2 Km from central Shimla on the summit of Observatory Hill, which provides wonderful panoramic views over the region. It has an impressive architecture surrounded by well- maintained gardens.

If you are looking for a little adventure on your pre-wedding shoot in Shimla then you must consider Chadwick Falls. It’s located in the Glen Forest amid thick green Pine & Deodar trees to add to the beauty. Cascading down a gorge at a height of approximately 100 metres this waterfall may not be the best you have seen but is quite an enthralling experience. You need to walk down the narrow pathway in the Glen forest to reach the waterfall.

The palace is the former Residence of Raja Rana of Jubbal, a pre-independence kingdom of the Simla Hill States.  It’s the only palace hotel in Shimla and is run by the descendants of the Jubbal Royal Family. It is located at a serene and a peaceful area and is located between beautiful pine and deodar trees. It has sprawling gardens and not just the palace but the vicinity acts as a beautiful backdrop for the pre-wedding shoot.  It is situated close to Chief Minister and Governor’s Residence.  It is also a perfect place to host a destination wedding in Shimla. It recently hosted the wedding of Television Starts Rubina Dilaik & Abhinav Shukla.

Shimla was built on top of the seven hills and  Summer Hill is the most beautiful of them all. It’s a suburb in Shimla and Also known as the Potter’s Hill, with pine and deodar laden slope. The place where you could have a fun shoot is at the Summer Hill  Railway Station. You can create Raj and Simran scene from Dilwale Dulhnaiya Le Jayenge. It’s not a busy and crowded station hence comfortable to shoot.

At 44  Kilometres from Shimla, Chail is another beautiful hill station to romance and shoot with your loved one.  You can have a shoot at Chail Palace, a few kilometres away is Sadhupul and also Kalli Ka Tibba,  a temple at the top of a hill with breathtaking views of Shivalik Range.

Wildflower Hall is one of its kind luxury hotel by Oberoi Group at Charabra, around 45 minutes drive from Shimla.  Situated at 8000  feet above the sea level, this property is breathtakingly beautiful. You will have to make reservations in advance to shoot at this place.

Kufri is famous for pine-scented forests, snowfall and amusements parks.  It has so much to offer when it comes to photography. If shooting in the snow and creating a winter wonderland is your dream pre-wedding shoot then you must visit Kufri during winters. Horse riding, Yak riding, Traditional  Himachali outfits to try on there is so much to explore.

Situated at  23 Km from Shimla, Naldhera is a spot of great natural beauty. It is famous for Naldehra Golf Club which is one of the oldest &  best golf clubs in India. Crowned by a magnificent grove of deodar trees, Naldehra is carpeted with a springing turf. Lord  Curzon was so much taken in by the place that he personally supervised the laying out of the golf course-India’s oldest. This place is perfect for a pre-wedding shoot in Shimla  amidst beautiful trees and green carpet/

Mashobra is popularly known as quieter Shimla, though a tourist spot this part of Shimla is less frequented by tourists as compared to Kufri and Shimla. There are a large number of adventure and leisure activities apart from scenic beauty that makes it an ideal spot for a pre-wedding shoot in Shimla. One such beautiful attraction is  Craignano,  in Mashobra it is famous for an Italian Villa. The villa was made by an Italian photographer- Chevalier Federico Peliti, who named it in memory of his hometown, Craignano.  The place is now known as Craignano  National Park and has some good photo shoot options.

While these are the top 10 places to shoot a pre-wedding shoot in Shimla, there are a few spots that you can also try such as  Gorton Castle, Bantony Castle, St Michael’s Cathedral in main Shimla itself. We are sure you would have beautiful memories along with a mesmerising pre-wedding Shoot in Shimla, the Queen of Hills.

Looking for the best Photographers in Shimla for your Pre Wedding Shoot?

Find the best photographers on WishNWed 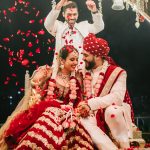 Wish N Wed : Taking you through Roshni and Adhiraj’s Enchanted Celebration of Love 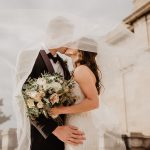 Wish N Wed : How to Organise an Industrial Themed Wedding 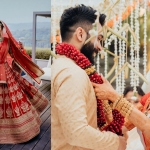 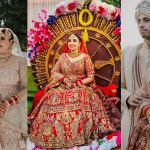 Wish N Wed : This Couple Had A Hindu Wedding & Sikh Wedding & The Wedding Pictures Are So Magical!