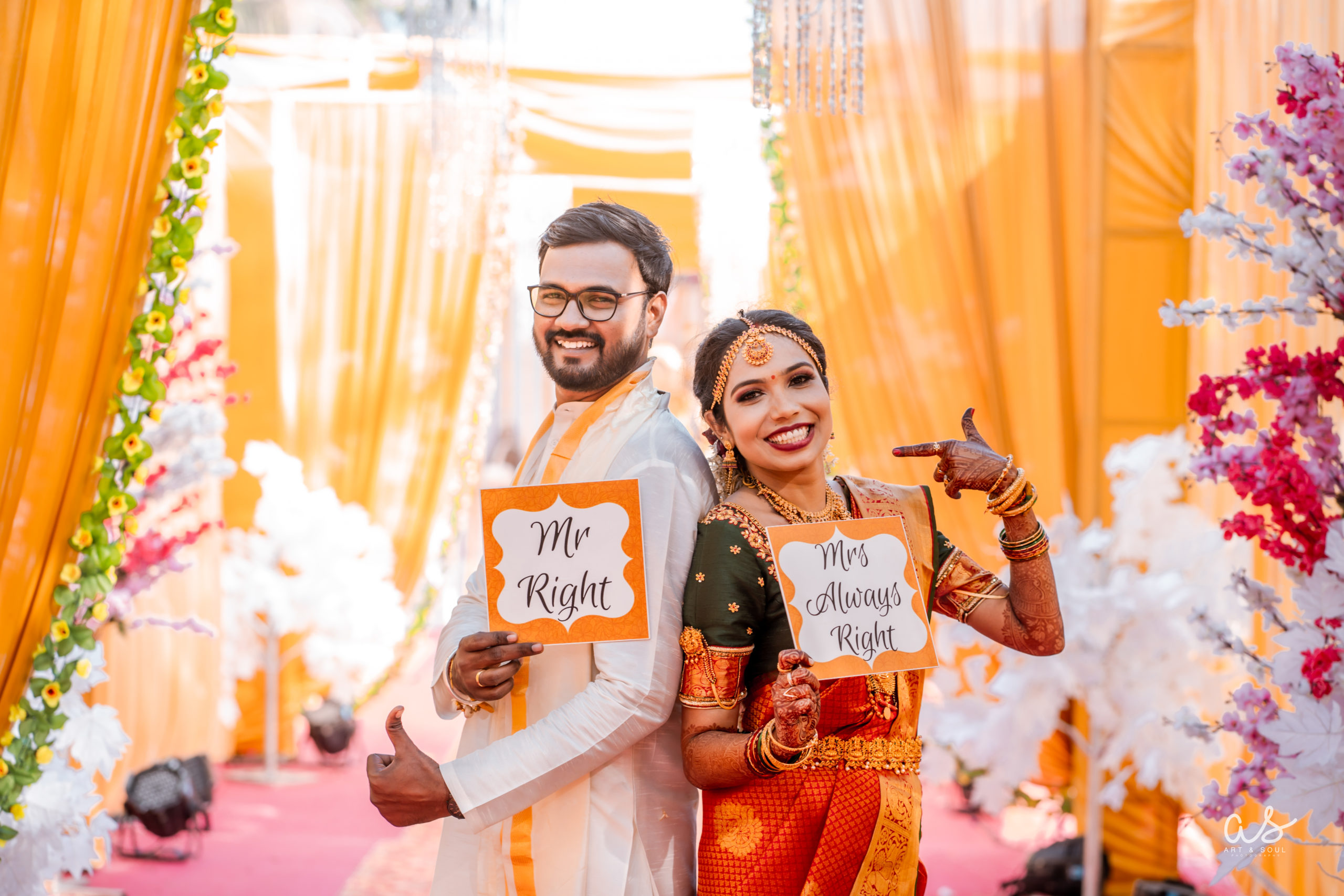 This intimate cross-cultural wedding of Rakshita & Ashutosh is a true definition of LOVE. The two dated for 9 years and passed every ups & downs with their true love. This 2 states wedding of South Indian bride & a Maharashtrian groom is setting a beautiful example for all the couples who belong from different states & cultures.

“True love bears all, endures all and triumphs!” – Dada Vaswani

Swipe down to witness the union of #2states, two cultures & two souls. This is how #AshuKiHuiRashi ❤ 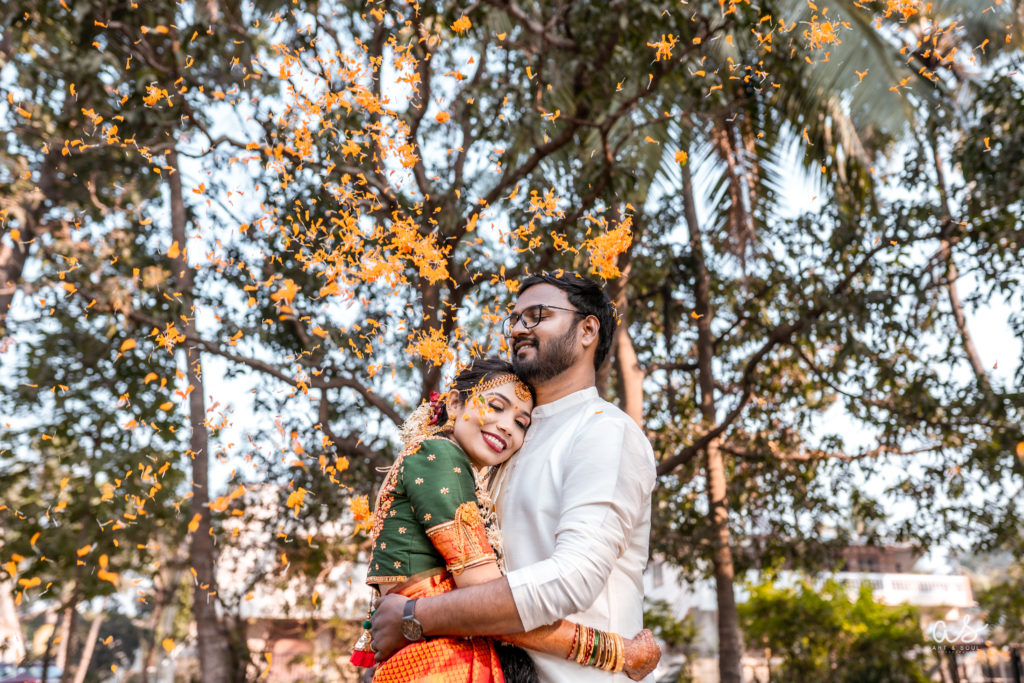 “We met in college in the 2nd year. 9 years back hosting for a college event struck for us. He told me that he first saw me on a bus stop and something changed in him and persuaded the class representative that he wanted to co-host the event with me. He took my number from a classmate to discuss about the script. The person who shared my number told him that she has an attitude problem and will never pick up your call and even if she does she won’t talk properly. 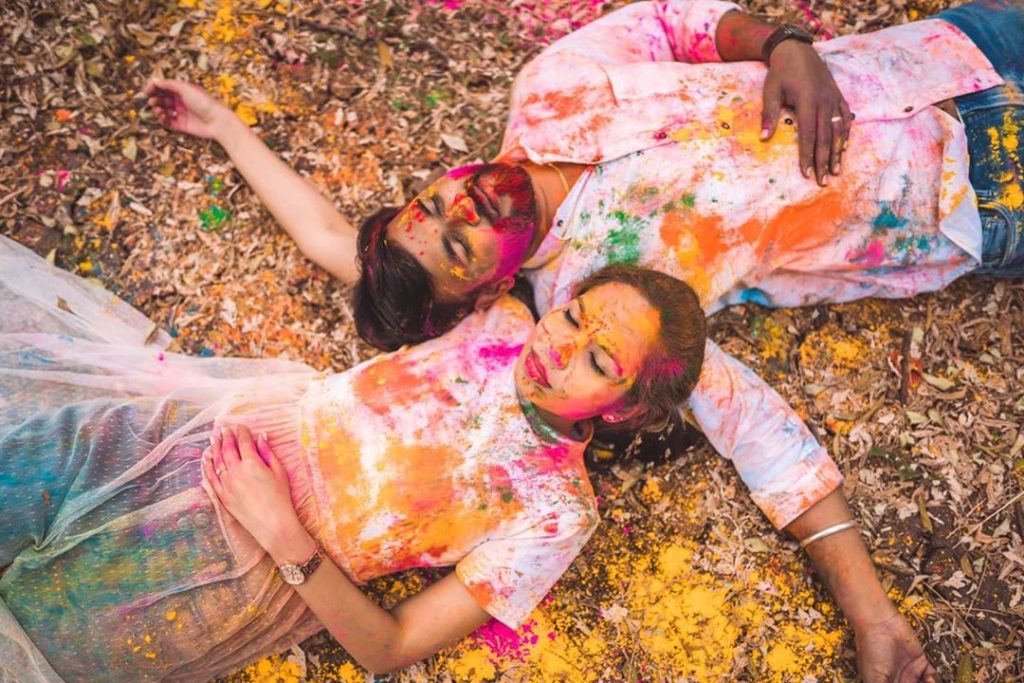 To everybody’s dismay, I received his call and agreed to co-host with him. Even though I was good at writing scripts, I asked him to prepare the entire script and he did it. He asked me to just have a look at the script and come for practice but I never turned up for the practice. He thought I was weird and even I thought the same about him. But our perceptions of each other changed as time passed by and now he has become that Chandler to my Monica. I had finally found my person, my crowd and my comfort despite of the differences we share.”- says the bride. 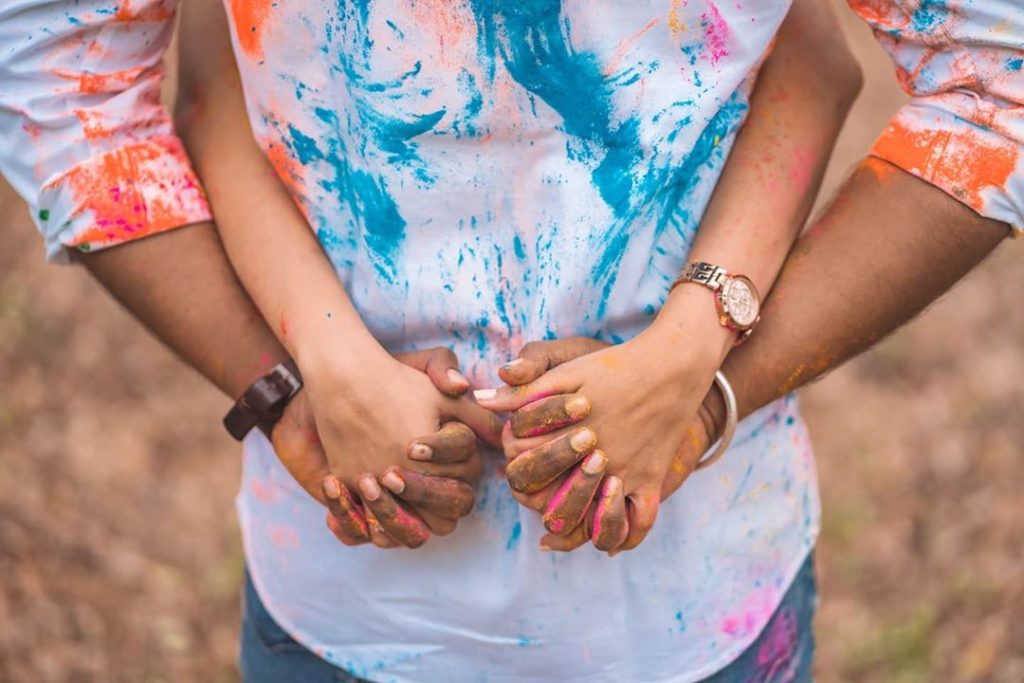 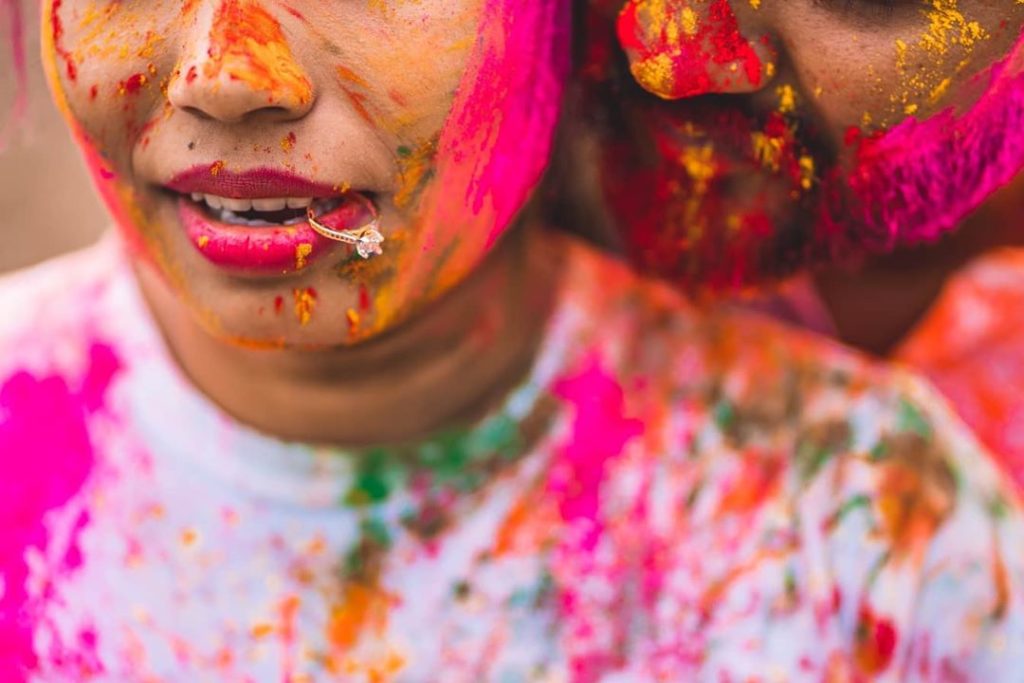 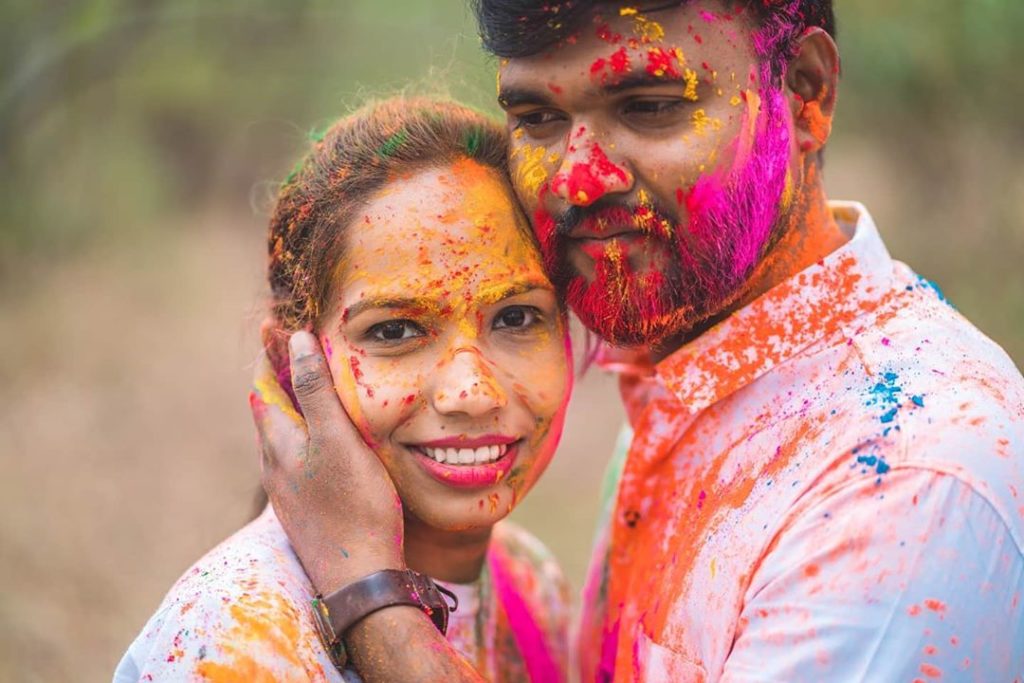 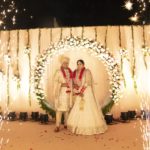 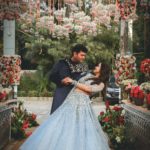 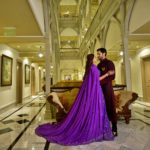 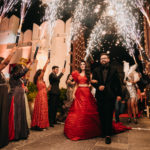 Wish N Wed : This Destination Wedding in Udaipur Was filled With Entertainment Right From Boarding The Flight.