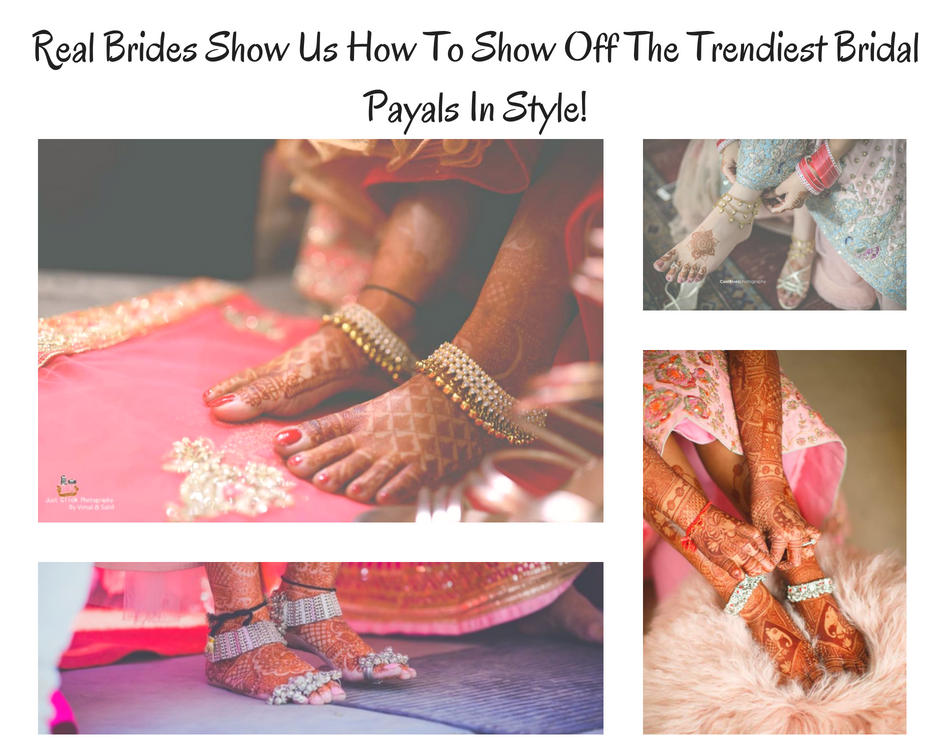 Chan Chan Chan is a beautiful melody that reaches the ear when a bride walks with her pair of anklets.  Those payals with the sound of ghungroos are so loved that Bollywood has embraced them and you will find them in a lot of movies and even the songs to introduce someone worthy of notice. Payals have been worn in the past by brides and not only on their wedding day but it was kind of inseparable considered as a must-have in Solah Srinagar Adornments. Modern day brides though may not be seen adorning their feet with payals on day to day basis, but they make sure to adorn their feet with the trendiest payals on their wedding.  From simple silver payals with ghungroos to elaborate and distinct designs these brides surely know how to make that little ornament a masterpiece worth walking every step in.

A quartet of silver chains fused to form a wide band and numerous ghungroos along the edges. This bride is sure to make her every step noticeable.

Conventional silver tone payal with a slight tone of red on the broad band of intertwined silver. The elephant motif henna and this beautiful Payal are complimenting each other’s beauty.

Three Gold chains with scattered Kundan drops on each chain. Even the simplest of chains look stunning with little embellishments when put together. The perfect pair of payals to go with that minimal Mehendi on the feet.

A triple layer of kundan  strings and golden ghungroos to match them. A switch from the traditional silver and golden strings.

This bride’s  silver anklets will take you to the land of tribes. Vintage is what this bride has been wearing and those complimenting bichia with the ghungroos are pure love.

Traditional Indian Payals with the attached toe rings and bells placed proportionately on the payal and the chords.

For the bride who loves the anklets but doesn’t wish to have the bells. These Zircon stone payals in gold add charm to even the most simple outfit  without making the sound.

This Payal is seen Traditionally  worn in areas of Punjab, Haryana and Rajasthan in silver tones. This bride has incorporated the tradition with a little twist in gold and alternating beads from the usual similar design all throughout.

This bride’s Payal gives the feeling of traditional jhanjhar made up of pure silver with no other gem.

When just one is not enough. This bride has carefully picked up a piece that matches her gottaPattii work on the lehenga. With numerous chains  that are held together by a single chain around the feet. It is not just the bells that tinkle but those loose chains too.

The bride who kept it simple with pearl beads around her feet and silver bells on the edges. Carefully designed so as to have little tinkling.

This bride ’s payals stand out and the gold and silver blend is so beautifully incorporated. It does give an impression of small coins on those payals. Even better, it gels well with her lehenga border.

Antique silver payals with lehenga borders matching the payal borders a match that has been well thought of.

Well, that’s all folks until our eyes fall on some intricate jewels that are just hard to resist sharing. 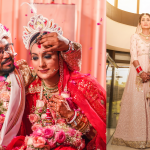 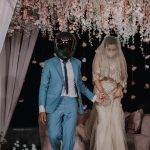 Wish N Wed : A Mysterious Couple #Valkyatkalyanam Who Just Revealed About Their Identity On Their Wedding Day! 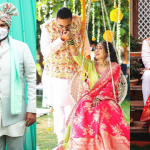 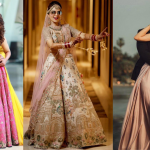